We had a great year in 2010 and here's all the things we did and accomplished:

Well it was a fun and eventful year! Here are my New Years Resolutions for this coming year that I have already started:

That's all folks. I'll let you know how it goes. So far, I suck at sticking to my alloted calories. It's way hard not to eat what I want. Jillian Michaels kicks my but, but I think its working. And my scripture studing is going great- it's so much better to study with a manual!

It's a NEW YEAR! Yeah for New Beginnings!

Megan Potter
I'm a momma of three little boys who keep me very busy. I love being a stay-at-home mom! I put my career on hold as a Social Worker to do what I knew was even more important, being there for my kids. I now work from home just a couple hours a day (during nap time of course) as a Beachbody Coach, doing what I love: helping others. In 2012 I wanted to get my body back after having 2 kids and I decided to join Beachbody to lose 30 lbs. I did it in only 3 months and have never been in better shape in my life. I went on to lose a total of 50 pounds, had another baby and exercised daily my whole pregnancy! Of course then I had more baby weight to lose (20 more lbs) and his time I knew what to do and was able to get it off with Beachbody programs and Shakeology and eating healthy. Now my mission is to help others realize their health and fitness potential! Contact me if you want to improve your health, or join my team!

Get Healthy and Fit!

Check out my beach body website and ask me how you can get in the best shape of your life! Click on my picture!

Read what I believe on my mormon.org profile

Click if you have any questions about the LDS church: 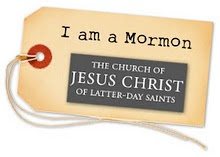 I know this is the True church of Jesus Christ and you can too! Also visit www.lds.org and www.friend.lds.org